Jonathan Silverman is a visual artist who works primarily in the mediums of painting, digital painting and video. Of an Anglo-Tunisian background, he was born in Manchester, UK, and grew up in Israel, moving in 2001 to Italy. 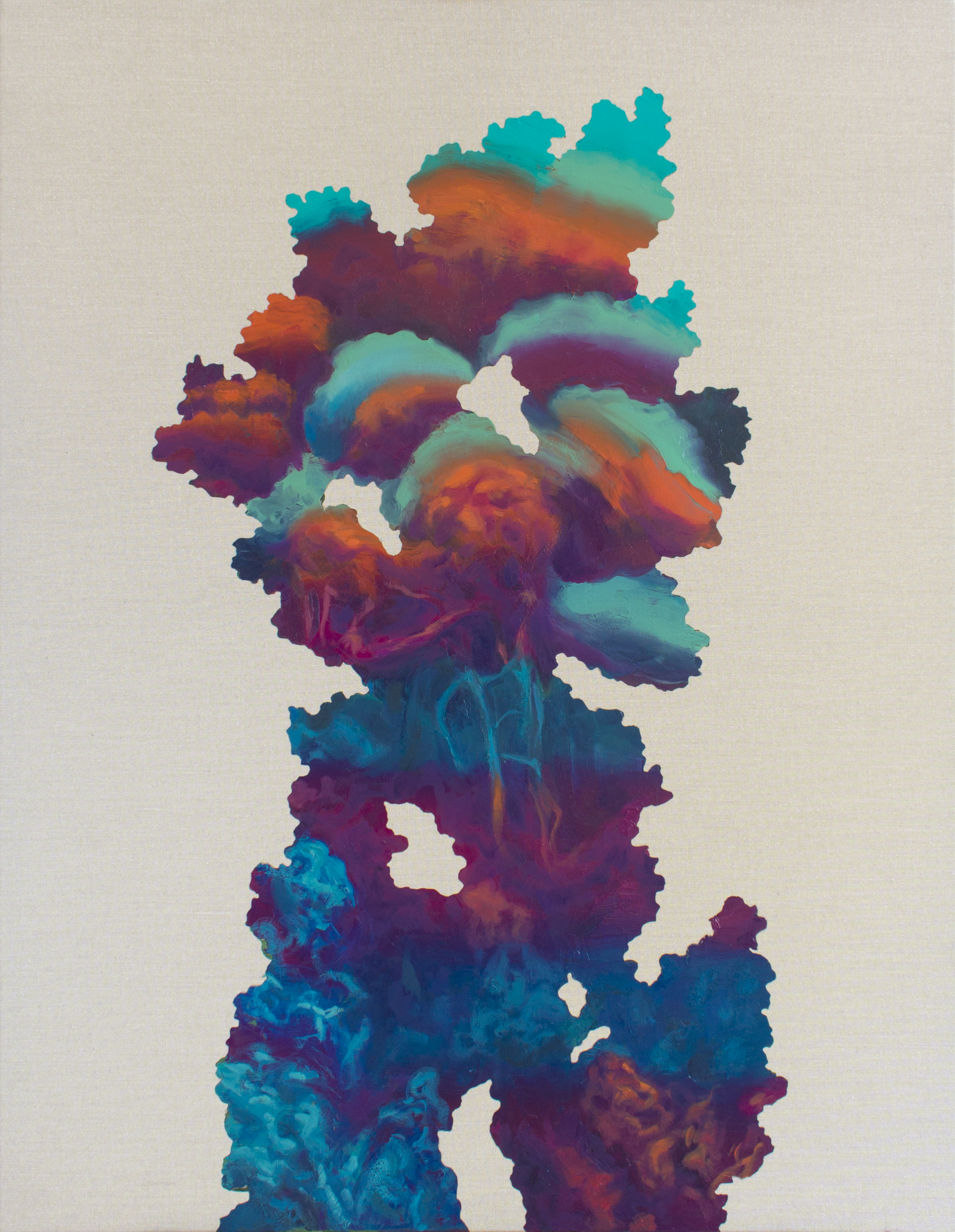 "The theme which ties the imagery in my current work together is of fragmented landscapes, lived through or collected, which allude to a longing for a more direct contact with nature. At times this is a romantic idea which may not be entirely genuine, but that also represents a deep and significant chasm in our being. Our idea of what nature is, as opposed to how we experience it, has discrepancies which I attempt to examine" - Silverman.

In Future without N Jonathan Silverman continues his exploration of the contemporary loss of a knowing of nature. A topic that is often dominated by a Western quantitative discourse relying on Numbers (n) to bemoan the destruction of Nature, is iterated in Silverman’s work as a holistic evocation of an inherently felt loss. In adopting a process of decolonizing the mind, Silverman forgoes the dominance of scientific categorizations, for the recognition that distinctions lead to extinction. The exhibition is comprised of two complementing bodies of work: meticulous charcoal drawings of what Silverman refers to as “speculative Kanji” and abstracted oil paintings of our non-verbal language of Nature. Inviting onlookers to explore their feelings as in encountering nature for the first time, allowing them to break down these abstractions in their own intimate pace.

Through the combination of time-based and hand-made artworks, Silverman's work has developed into creating spaces where the physicality of painting is interrogated by placing it in contrast with ephemeral and digital imagery. When successful, the addition of sound and video to painting in this series of works strives to emphasise a sensation of interconnectedness, questioning the transient nature of the image and our perception of physical and virtual reality, while directing the viewer’s attention to the underlying mechanisms of painting.